Every one of us makes a significant impact on our planet just by the way we live, from how often we drive or take a flight to the choices we make while shopping. We can become blinkered over global issues; if you care about the world around you, you can’t afford to ignore what’s going on.

Green: Go onto a carbon neutral calculator (for example, https://footprint.wwf.org.uk) and compare your results with the national average to see how you’re doing, then commit it to God in prayer.

Amber: Take immediate steps to make a change. Consider how much plastic you use or check that your pension is not invested in fossil fuels, by using Share Action pension portal. The possibilities are endless.

Red: Put time aside to plan more significant changes to the way you live, like making a decision around air travel or eating meat. If you have a family, get them involved too – their future is at stake.

‘For where your treasure is, there your heart will be also.’ (Matthew 6:21 NIV)

I was recently speaking to a group of university students about climate change and its impacts on the global church. I referenced the 2007 statement from the Pacific Council of Churches.

Back in 2007, they issued a call to ‘our sisters and brothers in Christ throughout the world to act in solidarity with us to reduce the causes of human-induced climate change. We issue this call especially to churches in the highly industrialised nations…’

We had an animated group discussion following this, as we reflected on the global response to environmental issues in the decade since, and the near certainty of global average temperatures increasing above 1.5 degrees. One of the students perceptively asked the following question: ‘Surely the problem is that in countries like ours we are used to living at a level of consumption which we agree is unsustainable, but which is impossible to back-track on? People won’t go backwards, that’s the sales pitch the owner of Spotify always made to investors – once people were used to online piracy, the only way forward was to give them something better. Except of course, we have nothing better to give people than consumption.’ She was right.

In our cultural narrative, fulfilment is found in different forms of consumption. Asking people to give this up is like asking them to give up the possibility of fulfilment. As the church, however, life in all its fullness is not found in consumption, but in Christ. Christ is our ‘something better’.

If our treasure is Christ, we as part of the Western church should be able to act in solidarity with our brothers and sisters who are most acutely suffering from climate change, and repent of our overconsumption. If our treasure is Christ, we follow his example of self-emptying in love. This may mean deciding – as part of our worship and discipleship – to stop flying, or eating meat. These often feel (at least at the start) like very costly, unreasonable and impossible decisions.

Is this because our treasure is not really in Christ? 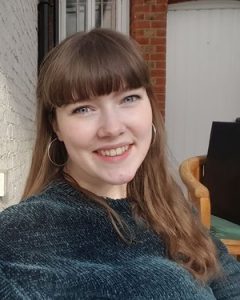 Rachel Mander works as the Church Outreach Officer for Hope for the Future and is currently supporting churches to engage with their MPs ahead of the UK hosting COP26 in November.

She previously studied philosophy at Cambridge, and has a particular interest in the philosophical and theological roots of climate change.

Tearfund works with local churches and Christian organisations to unlock this potential – showing communities that, together, they can escape poverty.