Childhood should be a time of freedom, but many children lose theirs to crime. According to Youth for Christ, over 125,000 children and teenagers (under the age of 18) are arrested each year and over 20,000 under 25s serve at least one prison sentence annually. Meanwhile, an estimated 7% of all children have a parent in prison during their school years. There are organisations that offer specialist support to these vulnerable young people but we can help, too.

Green: Visit www.theeagleproject.co.uk and read and pray through the news there.

Amber: Follow the links on this page, to understand what life is like for children with parents in prison and look at the volunteering opportunities. Or ask your church leader if you can pray for your local young offenders’ prison at your next prayer meeting.

Red: Read this article from Youthscape about at-risk young people in a time of social distancing. Bookmark Youth For Christ Reflex Programmes training day webpage to learn how to support ‘hard to reach’ young people in the future.

Since I moved to São Paulo, Brazil, I’ve been in and out of prison constantly.

I lived in Milton Keynes for many years, working as a teacher and doing part-time Christian work. It’s a long way from the favelas of São Paulo, but when I gave my life to Jesus, I told him he could have it to use as he saw fit. I didn’t want to hold anything back.

When I read an article about São Paulo back in 1999, I knew that God was calling me there. I run The Eagle Project, working with small groups of boys in the youth prisons conducting psycho-drama workshops. They role-play their victims, families and friends, enabling them to empathise and get to grips with the impact of their crimes. We give them individual counselling and work with them to get them ready for release. I spend most of my time in the prisons with the boys, supporting them and their families when they’re released.

One of our boys, Luiz Henrique, is now an incredibly successful barber. He’s got his own salon and has just completed a course, sponsored by The Eagle Project, to teach courses in hairdressing. Another, Walace, is working towards his degree in radiology. They went from lives of crime to finding hope and restoration. Luiz Henrique started robbing people at gunpoint at the age of 14, was continually in trouble and went to the youth prison twice. Walace started selling drugs, then stealing. He was estranged from his family and went to the youth prison three times.

The boys know they wouldn’t have been able to get out of crime by themselves and so are very thankful. What’s great is that they want to give back. A few months ago Walace sent me a message. He saw a woman on the bus begging and he said he felt moved to help her. He gave her all the coins in his pocket. He said, ‘I remembered you, Cally, and how you help people. It felt so good to help someone else.’ We’re so proud of our boys. 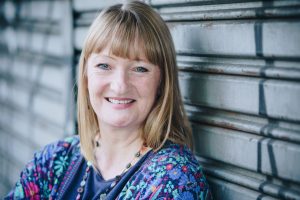 Cally Magalhães founded The Eagle Project, working with youth offenders and adult prisoners in São Paulo, Brazil. She trained as a dancer, then worked as a professional actress and drama teacher.

Today’s charity is: The Eagle Project

The Eagle Project works with adolescents in youth prisons to break the vicious circle of crime and drug abuse.