The UK police and authorities estimate that there are tens of thousands of victims of modern-day slavery living among us in this country, hidden in plain sight, trapped in exploitation – unknown. There are 25 million people in slavery around the world. Everyone can play their part in God’s mission to ‘rescue them from oppression and violence, for precious is their blood in his sight’.

Green:
Pray for the victims of modern-day slavery, that investigators and specialists can find them, rescue them and restore them to new lives where they can walk in hope and freedom. Pray for breakthroughs in anti-trafficking operations around the world, and for a shift in public attitudes to create a culture, a society, a country and a world free from slavery.

Amber:
Get educated to become part of the anti-trafficking movement! A great place to start is the book by today’s author and Hope for Justice CEO, Ben Cooley, called Impossible is a Dare. Or go to the Evangelical Alliance, where they have a comprehensive list of the other Christian anti-slavery groups based in the UK.

Red:
Could you organise an event in your own community to raise awareness and inspire your audience to get involved? They can learn to spot the signs of modern slavery and how best to report it, how to campaign against it, and other ways to support anti-slavery organisations. These charities have ‘ways to get involved’ and ‘book a speaker’ on their websites and always need more volunteers and fundraisers.

—————
“For he will deliver the needy who cry out, the afflicted who have no one to help. He will take pity on the weak and the needy and save the needy from death. He will rescue them from oppression and violence, for precious is their blood in his sight.”
(Psalm 72:12–14 NIV)
—————

Your thought for today:

It’s an extraordinary thing, to help set free another human being. I have sat with rescued victims, and looked in their eyes as they contemplate a new life in freedom.

But I’ve also been undercover in brothels in Cambodia and seen rows of raked seating with young women sat there, no name nor even number, men just given a laser pointer to pick the one they want. Stripped of their humanity.

You may not believe it, but slavery is a reality in our modern world, here and around the globe. Traffickers are active in every community, profiting from human misery and hiding their crimes from society. Lives trapped in domestic servitude, in forced labour, in sexual exploitation. Millions of victims, suffering and unknown to the rest of us.

I was just in Ethiopia, sitting in a mud hut with a mother who is part of one of our self-help groups. Since they started, she told me, the practice of FGM, female genital mutilation, no longer happens. The mothers know not to turn to loan sharks, and not to trust the false promises of people who claim to be able to find work for their daughters and sons in the Middle East or Europe, but who really work for the traffickers. We’re giving these mothers the tools they need not only to survive but to thrive, and to teach others.

For me, this is what justice is. This is what mercy is. Jesus exists for all of them: for the least, the last and the lost. For the hurting and the marginalised. From the teenage girl in Cambodia to the family in Ethiopia.

Let’s be with God to deliver those who are needy and the afflicted who have no one to help. We can’t do it alone, none of us can. But together, and with God, we can do all things. 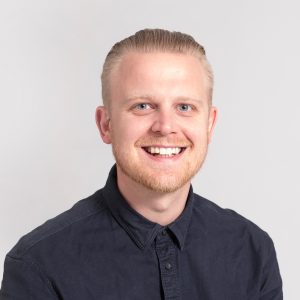 Written by Ben Cooley
Ben Cooley, CEO of anti-trafficking charity Hope for Justice, has a vision to live in a world free from slavery. The organisation he helped to create in 2008 is today fighting trafficking all around the globe. Hope for Justice has rescued hundreds of victims and helped them into new lives in freedom, thanks to a team comprising former senior police investigators and detectives, lawyers, social workers and policy experts. Ben has chronicled the outstanding growth and success of Hope for Justice and the role of his Christian faith in his new book Impossible is a Dare.

Tell us what you’re up to today
Share your stories, ideas and adventures using #40acts on social media.
Send us an email: [email protected] and let us know how you’re getting on!